The Batmobile: Which one is your favorite ??? 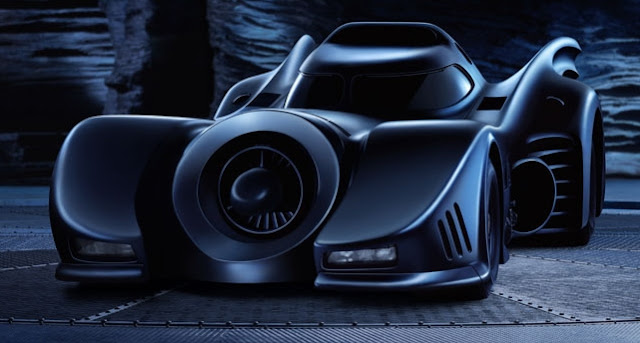 The Batmobile. Every kid's dream car. Every man's fantasy ride. You have to admit, it is one smoking cool car!

The Batmobile is the automobile of DC Comics superhero Batman. The car has evolved along with the character from comic books to television and films. Kept in the Batcave, which it accesses through a hidden entrance, the Batmobile is a gadget-laden vehicle used by Batman in his crime-fighting activities.

The Batmobile has gone through a lot of changes over the years since I started reading Batman comics when I was kid. One after the other, The Batmobile has progressively become more tough, more high-tech, more sleek, more bad-ass and a lot more weaponized! The latest iteration of the The Batmobile, the Tumbler, looks wicked cool and completely different and unique from any other Batmobile we have ever seen, and we have seen a few over the years in comic books, cartoons, games and live action films.

Here is a picture illustrating the history of The Batmobile. Take your pick!

Everyone has their favorites, and my favorite Batmobile yet is the version Michael Keaton drove in Tim Burton's Batman movie which came out in 1989, That was one good movie and the car was pretty amazing! For me, there has never been a Batmobile to beat this one.

I know that this version looks less tough, less bad-ass, less high-tech, less military, less intimidating, less practical and maybe even less realistic than the current Tumbler Batmobile and I don't really know why I like this better than others. Maybe because it was damn sleek, darkest black and dead silent. All in all, pretty gothic looking and awesome!

What is your favorite Batmobile? Seems, everyone has one!