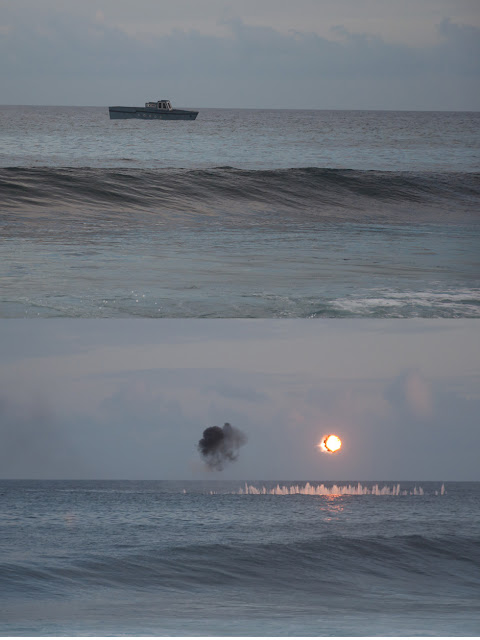 A boat, riddled with bullet holes is blown up and sunk.
This was at a show by Maldives National Defense Force (MNDF) to commemorate 100+ years of service.
I can tell you there were a lot of people gathered at the waterfront to watch this show.
There were a lot of cameras with huge zoom lenses too.

With the separation of police as a civil body, the mission and duties of the NSS had to be revised. This revision envisaged a totally different turn for the organization. Hence, to carryout the newly derived mission and tasks, the core of its structure had to be modified and redesigned. All these new implementations created more of an infantry organization and was renamed the Maldives National Defence Force (MNDF), on its 114th anniversary, on 21 April 2006.

Malé, Maldives.
Email ThisBlogThis!Share to TwitterShare to FacebookShare to Pinterest